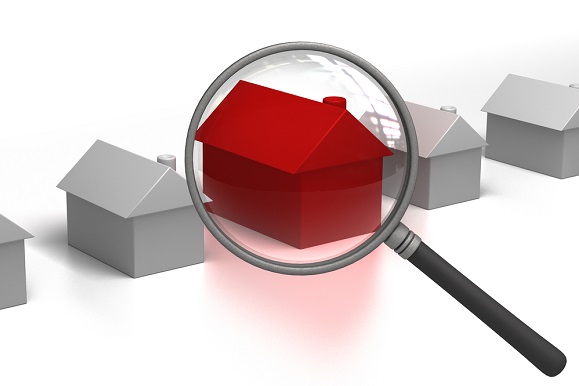 After experiencing years of outstanding growth, house prices and rents in many resource towns have been ‘normalizing’ over the past 12 to 18 months due to softening mining investment.

As a result a number of these towns are now ideally positioned for a bounceback in 2014!

With renewed investor, mining and infrastructure confidence returning to the regions, many of these towns hit by the resource slow-down that was 2013 are now offering astute investors the opportunity to benefit from growth as they spring back into action in the new year.

Karratha recently made national headlines for experiencing a 30% reduction in median price from its peak in 2011. However this super-resource town’s house price correction is providing investors with an opportunity to access the market at its plateau ahead of expected upward trending in 2014 as the population continues to grow and absorb current supply.

Part of the WA government’s ‘Pilbara Cities’ initiative, Karratha’s population is expected to increase from its current 18,000 to 50,000 by 2035.  To support this increase, major investment into civil infrastructure is underway to redevelop and revitalise the town.  A $65 million phase 1 city centre upgrade is now almost complete with $110 million phase 2 works to start next year.

With the lifespan of Karratha’s other LNG project, Woodside’s Pluto (completed in 2012) estimated to be 40 years and Gorgon at least 40 years, these two projects alone will contribute to a constant demand for housing.

The Anketell port and strategic industrial area is another major project in the pipeline for Karratha which will further add to worker numbers. While there have been delays due to funding, the project was recently granted environmental approval and is critical to the development of three major Pilbara iron ore projects totaling $16 billion. These projects would bring in a combined construction workforce of 10,300 and operational workforce of 4,350.

For long term investors, a stable Karratha market with a more sustainable level of growth ahead of it is good news.  Yields remain exceptional at 9 -10% for quality new builds cementing Karratha as a top positive property town.

Hedland in WA’s Pilbara region has undergone a price correction after a period of unsustainable growth.  For investors, it now presents an excellent opportunity to secure quality new stock at low prices as the town’s new mega project – port and rail infrastructure for the $10 billion Roy Hill iron ore mine – ramps ups. During construction, the workforce will peak at 3,600 people while the operational phase will require more than 2,000 personnel.

BHP and FMG, the town’s two other major players, have also indicated that further port expansion works will be required as iron ore exports continue to rise from the world’s largest bulk commodity exports port.

South Hedland is the main residential area and has been undergoing a major transformation in recent years as, like Karratha, the government strives to transform the town into a ‘City of the North’, supporting a population of 50,000 by 2035 – up from around 20,000 today. The town has already undergone a huge city centre redevelopment with significant civil works still in the pipeline.

The town is delivering investors yields well above average at 10 – 11% and capital growth is expected in the near term as ongoing industrial growth and the town’s increasing livability will continue to put pressure on housing.

This Pilbara iron ore town hasn’t garnered the same attention as the other towns in the region due to its inaccessibility for investors – until recently, there had been no land releases for 40 years. Following recent releases and new development, investors now have an opportunity to access this tightly held market.

Tom Price is integral to Rio Tinto’s Pilbara iron ore operations, providing infrastructure and services to the company and its residentially based workforce.

The company’s newest mine, Hope Downs 4, has now become fully operational with the permanent workforce totaling 600, increasing pressure on the town’s role as Rio’s service centre.

Like all miners, Rio is in cost efficiency mode but is still pushing ahead with expansion plans to lift production to 360 million tonnes a year  – an increase of more than 50% of its existing capacity.  Currently, around $2 billion could be invested over five years, cementing demand for worker housing in Tom Price.

Despite the recent land release, housing supply remains very limited. According to a report by Regional Development Australia, Tom Price had a dwelling shortfall of 259 homes in 2012 and will require between 270 and 470 new homes by 2015 – well below current supply.  The town has historically low vacancy rates and high percentage of renters – 86% of Tom Price residents rent their home, with a majority of those leased by mining companies providing housing for their staff.

Despite the market downturn, Moranbah remains the strongest positive property town in Queensland’s Bowen Basin with 20 operational mines within 80km of the town along with one of Australia’s largest CSG projects. Rental yields have weathered the decline stabilizing at around 8% and the town’s strong historical growth patterns are expected to be repeated as it reaches the end of its current cycle.

The major resource companies and government forge ahead with spending in excess of $13 billion and increasing the area’s current coal production from 100 million tonnes annually to a phenomenal 200 million tonnes per annum by 2020.

The town’s growing workforce, and its limited land availability due to surrounding mining leases, is once again putting pressure on housing supply.

As these markets turn full cycle, investors are being presented with an opportune time to buy in low and maximise capital growth while benefitting from the ongoing positive cash flows that these towns consistently deliver.

The mining town of Tom Price in WA’s Pilbara has seen house prices increase 19.3% per annum on average over the past decade while its median rent is now at $2,300 per week, according to REIWA, placing it as the highest of all the Pilbara towns.

The doubling of its population to 5,400 in just six years, as a result of the integral role it plays in Rio Tinto’s and FMG’s iron ore operations in the region, along limited housing supply has put immense pressure on its housing market.

But while its performance has been consistent with other regional towns in the Pilbara, it has not garnered the same level of attention.

With 92% of the town’s residential housing is owned by Rio Tinto and a lack of new development (until 2011, there had been no new no land releases in 40 years) investors have had fairly restricted access to this lucrative market.

However, recent land releases have now opened up opportunities. Given its large rental market (86% of the population rent their home), zero vacancy rate and Rio Tinto’s and FMG’s significant new and expanding projects nearby, investors are standing up and taking note.

Rio Tinto intends to expand its iron ore operations in the Pilbara, investing about US$20 billion in the next five years (requiring over 6,000 employees) to facilitate a planned ramp up of production to 360 million tonnes per annum (mtpa), an increase of more than 50% of its current capacity.

The expansion includes a major investment in infrastructure at Rio’s Nammuldi mine, 60km north-west of Tom Price, which will increase production capacity from eight to 23mtpa, creating almost 1,500 construction jobs and secure ongoing employment for more than 700 people.

Recent news further enhanced the town’s prospects as an ongoing hot spot with Rio receiving approval from the Environmental Approval Authority to further expand its Western Turner Syncline hub, just 20km from the town.  Western Turner Syncline has just ramped up capacity to 15mpta but the execution of these recent plans would see it double capacity to 32mtpa.  While these plans are still in their early stages, it suggests significant growth ahead for the company’s Pilbara operations.

The fact that Rio’s Pilbara operations are the lowest cost in the region’s iron ore industry, indicates the mining giant is well positioned to deliver on these additional expansion plans.

Located 70km north of Tom Price, the Solomon Hub is FMG’s next major project and the largest iron ore start-up in Australia. The Fire-tail and Kings deposits are the first stage of the project and are currently under construction. When complete, they will produce a total 60mtpa of ore each year.

The Solomon Hub is the lowest cost operation in FMG’s business and has significant expansion potential.

The expansion of Solomon and development of Western Hub, an FMG project just 20km from Tom price would see thousands of additional construction and operational workers brought to Tom Price.

As well as investment into industry, the town has also received a $20 billion civil infrastructure upgrade as part of the government’s Pilbara Cities initiative which has dramatically upgraded the town centre, and sporting and community facilities.

Pressure on housing is likely to continue as any further land releases and residential developments are unlikely to create an oversupply given the projected workforce growth and housing shortfall.

According to a report by Regional Development Australia, Tom Price had a dwelling shortfall of 259 homes in 2012 and will require a total of between 271 and 471 new homes by 2015. Only 37 residential lots were released in 2011 and further releases are yet to be announced.

Encouraging news for investors seeking to build and diversify their property portfolios, by identifying the next WA Hotspot.