How long does a property market take to run full cycle? 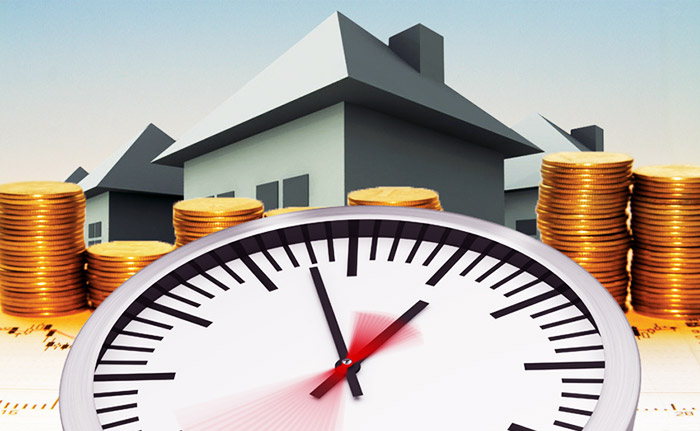 A regular question I’m asked is ‘How long does a property market take to run full cycle and how can I pinpoint the bottom of the market?’ My answer generally depends on whether it’s a capital city or regional location as the two can be very different beasts.

Understanding how the two differ and learning how to recognise the various stages in the cycles are key to getting comfortable over when to get in and when to sell.

Falling or flat markets often scare investors away as they give the misconception of poor performance. Rather, informed investors know that this can be an indication that a market is at or may be reaching the bottom of its cycle. Markets showing years of little or no growth can present exciting opportunities to buy in at the bottom of a market cycle and ride the capital and rental growth curve as it trends back upwards.

So, what IS the difference between a capital city cycle and the cycle of a resources city or town?

Regular market movements are commonplace in resource towns and the market cycles and annual fluctuations differ greatly from those seen in capital cities.

The housing market in a resources town can turn a full cycle in as little as two to three years, as it responds to infrastructure and economic development activity in the area. During a down cycle, prices and rents may roll back as much as 25% before the market moves through its cycle and begins its upwards swing.

In contrast, capital cities generally experience a full market cycle every seven to eight years with prices and rents detracting by up to 15% on average.

What this means is, investors have an opportunity to take advantage of the more frequent and pronounced growth cycles in regional areas to generate greater returns more quickly.

How do you know when a market has reached its bottom?

News reports in the media are great at telling us when a market is in steep decline, or when it’s booming. However, pinpointing when a market has reached its lowest point can be very tough as we never know the bottom has been truly reached until the market shows a consistent rise again!

This is where market research comes in. It is critical in determining what the growth drivers are for a particular area and when those drivers are likely to come in to play. Check out my recent blog on how to conduct market due diligence here (which applies to both regional and city areas).

Buying in ahead of a boom always requires some risk-taking. Industrial projects can, and do, falter from time to time which consequently impacts the demand for housing in the area. While the greatest returns in resources towns are often made by those who invest before the large infrastructure projects receive final approvals, investors should exercise caution and consider both the best case and worse case return scenarios. Get the timing right though, and you have truly led the pack and uncovered the next boom market ahead of the rest!

Capital cities also experience up and down swings but they are more gradual and less pronounced due to their population size and industry diversification. And while, as a whole, capital cities will experience a broad cycle, suburbs within it can behave differently to the broader market trend.

This means that while the city as a whole may be trending down, you will still find certain suburbs within it weathering the storm. This makes research into capital city suburbs just as important as regional towns.

When should you sell?

Each and every investor’s personal situation is different and the answer to this will depend heavily on your personal circumstances and financial goals.

While it’s true that many investors see resource towns as short term capital growth investments – getting in before the upswing and getting out before the downswing – these are fundamentally positive cash flow markets which provide ongoing opportunities for cash flow and capital growth over the long term.

When taking a long to medium term view of investing it’s important to ensure you’re financially positioned to ride out the downturns during periods when rents and equity drop.

The advantage of positively geared markets however is that yields can typically remain high enough to cover the property’s holding costs during down cycles which can help insulate investors portfolios and repayment ability.

Rather than focus on trying to pick the exact bottom of a marketplace before committing, I suggest doing your research and identifying a location with sound dynamics and growth prospects – if the market has performed well in the past, been through a decline and levelled out in recent years, chances are it may be poised for a recovery.

Encouraging comments from BHP Billiton’s CEO along with the release of two research reports on the Australian resources industry, have provided a positive outlook for the sector and the performance of mining town property markets.

Amid media reports that Chinese steelmakers are reducing their output, forecasts of oversupply and a projected falling iron ore price, BHP was reassured of China’s continued growth through urbanization and ongoing need for resources.

At an event in London last week Mr. Mackenzie said: “There was a very clear signal, as far as [China Premier Li Keqiang] was concerned, this is the only way China’s success can continue on a relatively unbroken path of increasing urbanization.

“[Li Keqiang] said  ‘I do reassure resources industry we do need more’.”

With China being the biggest importer of Australian iron ore, this is positive news for the industry, and the Pilbara towns that support it.

The BHP CEO Remains upbeat about the medium to longer-term balance between the supply and demand of bulk commodities, particularly iron ore, a key component in the development of steel.

At the same as his comments, the Port Hedland Port Authority released data showing exports of iron ore to China from Port Hedland – a strong indicator of Chinese industrial activity – surged 21 percent in May, from April, to hit a record high. The port is used by BHP, Fortescue Metals Group and Atlas Iron.

Mr Mackenzie also reiterated the global population growth forecast – expected to rise by as much as a third by 2050 to more than 9 billion – and the projected Chinese growth rate of 7 per cent per annum over the next five years, saying,

“Only if we deliver steady, sustainable growth in commodities – from steelmaking, through to metals, energy and energy transfer, to food – can we be sure that by 2030 the global middle class could grow to 5 billion, up from 2 billion today.

The comments follow two recent reports released by US research group Wood Mackenzie and the Australian Bureau of Resources and Energy Economics (BREE) which also support a positive outlook for Australian resources.

US research consultancy Wood Mackenzie says it expects resource sector investments in Australia to peak in 2013 at $85 billion, dominated by spending in gas, followed by iron ore and coal. The high investment levels will be sustained over the next three years, surpassing the previous three year period.

Regionally, it says Western Australia and Queensland dominate, making up 83% of total capital expenditure in 2013, driven by large gas and iron ore projects. Investments in iron ore will push resource sector investment in WA to record levels. Committed capital spend for the seven LNG projects that are under construction will ensure that investment remains high for the next three years at least, particularly in WA and Queensland.

The BREE report ‘Resources and Energy Major Projects – April 2013’, stated that over the past 10 years, around 390 resources and energy major projects have progressed to the ‘committed stage’ (i.e. they have passed final investment decision with many now in construction) with a combined value of $394 billion. $268 billion in projects are still under construction and not yet complete.

While 100 per cent of projects never progress to completion, it indicates a strong pipeline of future activity and paints a positive picture for investors regrading the sustainability of the nation’s resources sector and its associated property markets.